Hanoi happened upon us like a maelstrom in a a field of unsuspecting daisies. 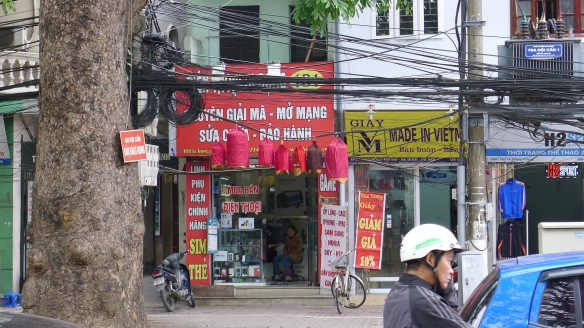 We landed very early in the morning and spent a ridiculous amount of time in the customs, eventually leaving the airport in a taxi drained, spent and irritable. As we drove towards the city, a thick mist covered the fields and we were introduced for the first time to the ubiquitous Vietnamese motos/scooters and their fully covered riders: helmets atop face masks seemingly made of bedsheets or tableclothes extended like bibs over their throats, making them look like ragtag bandits from an Asian Mad Max remake. In hindsight, it all makes perfect sense: the combination of dust and smog is more than anyone lung or face can take on a daily basis

My naive notions of Hanoi, developed through watching Indochine and Scent of Green Papaya too many times, were quickly shattered: far from a romantic, exotic city of quiet inner gardens and graceful architecture, Hanoi comes at you with the full force of a bustling marketplace where everything is for sale and everyone is selling something – a service, a meal, a scarf, a paper clip. This first overwhelming impression of Hanoi may have something to do with the fact that we were staying in the Old Quarter, a neighborhood incredibly tightly packed with backpacker hostels and hotels, street merchants, food vendors, shops and, of course, motorcycles. 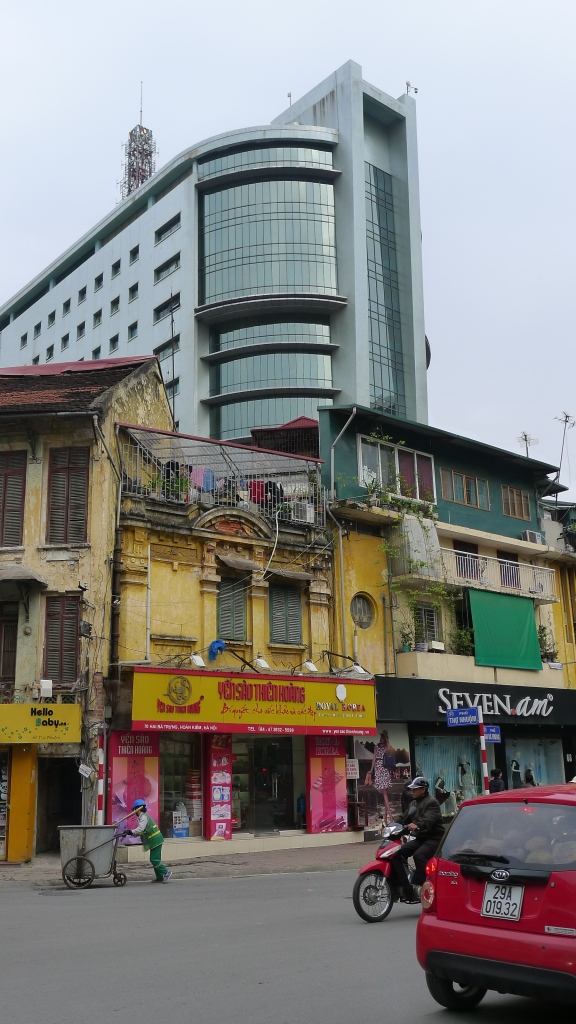 Three things shocked me the most about the city, although, in hindsight, this may also be a result of my inexperience with Asian cities in general:

According to a yet unverified source the education system is so overwhelmed that a system of shifts had to be put in place to deal with the great numbers of young pupils. At peak hour when the schools let out rivers of children run into traffic deftly identifying and climbing on a parent’s motorbike. Said parent will most often do grocery shopping from the bike barely stopping.

We experienced this first hand – bumbling giants towering over a sea of small heads bobbing and weaving between our legs towards their parents, patiently waiting on motorbikes. It was a sight to behold…